Milgram responded that the subjects were debriefed and told they actually had not been harming anyone after the experiments. Milgram said that his was not a study designed to create stress. Upon seeing high levels of stress, he investigated for any potential harm, which he found no indication of injurious effects in subjects. Milgram preformed the “dehoaxing” debriefing and reconciliation, making it a part of the research procedure because of the high stress levels (Controversy in Ethics of Obedience Research).

Milgram says participants did not know about hoax

Many subjects showed signs of nervousness in the experimental situation, and especially upon administering the more powerful shocks. In a large number of cases the degree of tension reached extremes that are rarely seen in socio-psychological laboratory studies. Subjects were observed to sweat, tremble, stutter, bite their lips, groan, and dig their fingernails into their flesh (Milgram, 1974, p. 375).

In Thomas Blass, Ph.D.’s book The Man Who Shocked the World, a book about Milgram’s obedience experiments, Blass says “The distress of the participants was so great that the publication of the study sparked a controversy over the ethics of socio-psychological research” (Blass, 2004). 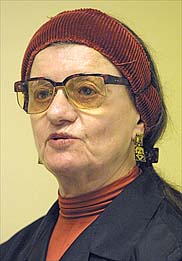 Diana Baumrind’s responses to the experiments

Another concern Baumrind opened was that of a breach of trust. Baumrind suggests,

That there are a special set of ethical concerns in play because the natural attitude of participants as volunteers is that they are there to help the experimenter to contribute to scientific knowledge; they approach the experiment in a passive and respectful way, which makes them particularly susceptible to Milgram’s manipulations (Lunt, 2009, p. 43-44).

Baumrind believed that the subjects of Milgram’s experiments were likely left with permanent negative after-effects.